VIEW ALL PRODUCTS
Blog What is the Difference between Luminescence, Photoluminescence, Fluorescence, and Phosphorescence?

What is the Difference between Luminescence, Photoluminescence, Fluorescence, and Phosphorescence?

The terms; luminescence, photoluminescence, fluorescence and phosphorescence are routinely used in research papers to describe the emission of light from a sample. This multiple naming can be confusing with several of the terms being used interchangeably and researchers from different scientific backgrounds preferring to use one name over another. In this article we answer the question, “What is the Difference between Luminescence, Photoluminescence, Fluorescence, and Phosphorescence”.

Luminescence is any emission of light (electromagnetic waves) from a substance that does not arise from heating. This definition makes luminescence distinct from incandescence which is light emission due to the elevated temperature of a substance, such as a glowing hot ember. The word luminescence is derived from the Latin word for light, lumen, and the Latin, escentia, meaning ‘the process of’ and hence is the process of giving off light.

There are many types of luminescence which can be classified by the energy source which initiates the luminescence process. An overview of the various types of luminescence and their energy sources are given in Figure 2.  Many of these luminescence processes have important scientific and industrial applications such as electroluminescence where light is emitted upon the recombination of electrons and holes after applying an electric field across a material, and is the operating principle behind light emitting diodes; and chemiluminescence where the light emission is initiated by a chemical reaction and used in biological assays and is responsible for the glowing of glow sticks. However, the focus of this article is on photoluminescence which forms the basis of the powerful non-destructive spectroscopic technique, photoluminescence spectroscopy, that is used extensively in both academia and industry. 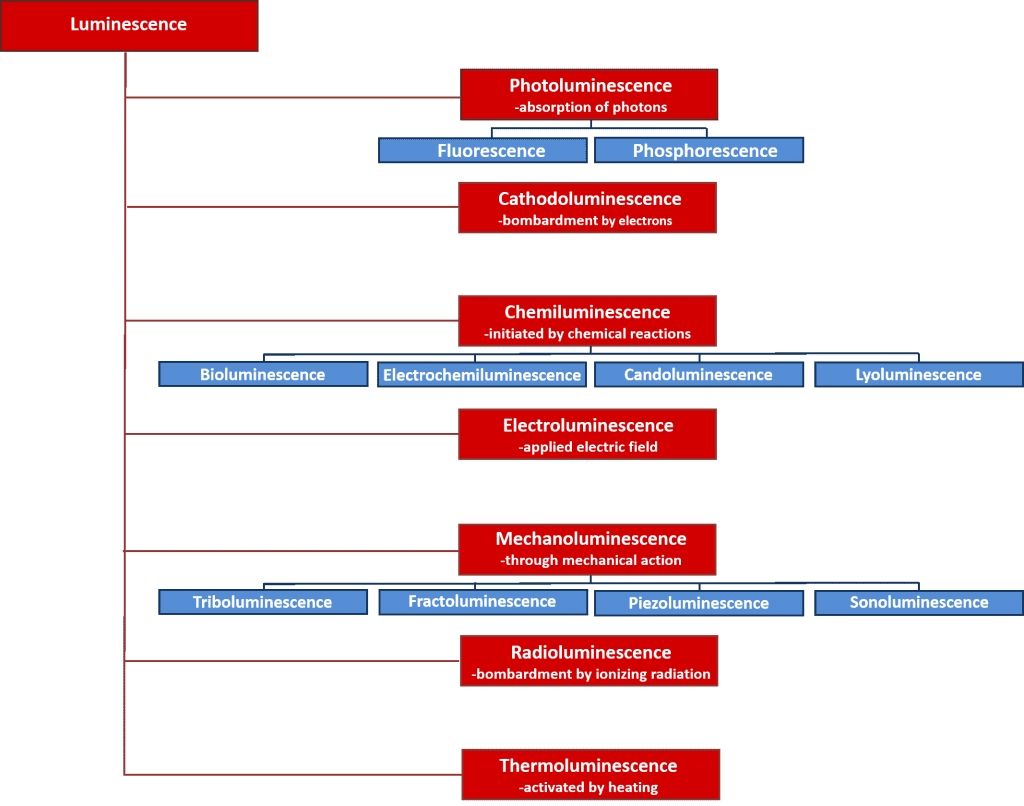 Figure 2: Types of luminescence and their energy sources.

Photoluminescence is the emission of light from a material following the absorption of light. The word in itself is interesting in that it the combination of the Latin derived word luminescence and the Greek prefix, photo-, for light. Any luminescence that is induced by the absorption of photons is called photoluminescence. This could equally be light emission from an organic dye molecule in solution (Figure 3a), or band-to-band recombination of electrons and holes following photoexcitation of a semiconductor (Figure 3b).

What is the difference between fluorescence and phosphorescence?

Fluorescence and phosphorescence are most commonly used to refer to photoluminescence from molecular systems. Electrons in stable molecules always exist in pairs, as molecules with unpaired electrons are extremely reactive and unstable. Electrons possess an intrinsic angular momentum known as ‘spin’ and a pair of electrons can exist in one of two total spin states depending on the relative symmetry of the spins of the two electrons. If the two spins are in an antisymmetric configuration the electron pair has a total spin of zero (S = 0) while if they are in a symmetric configuration then the pair has a total spin of one (S = 1). As illustrated in Figure 4 there is one combination of electron spin pair states that is antisymmetric and three combinations of spin pair states that are symmetric and the S = 0 and S = 1 states are therefore called the singlet and triplet respectively.

Figure 4: Origin of the singlet and triplet states.

When a photon is absorbed by the molecule, one of the electrons is promoted to a higher energy level and the molecule is now in an excited state. The ground state of a molecule is (almost) always a singlet state (S0) and due to conservation of angular momentum the photoexcited state must also be a singlet (S1) as shown in the Jablonski diagram below. The decay of the S1 state back to the S0 is an allowed transition (since both states have the same spin multiplicity) resulting in prompt photoluminescence that occurs in the picoseconds to nanoseconds time scale and is called fluorescence.

Figure 5: Jablonski diagram of fluorescence and phosphorescence processes and their typical rate constants.

Alternatively the molecule may undergo intersystem crossing (ISC) to the excited triplet state (T1). ISC typically occurs in molecules with a high degree of spin-orbit coupling, the coupling of the orbital angular momentum and the spin angular momentum of the electron, which allows conversion between the singlet and triplet states. Spin-orbit coupling strength increases with the mass of the atom, and phosphorescent molecules therefore must contain heavy metals such as europium and iridium. The decay of the T1 state back to the S0 is a forbidden transition since the states have different spin multiplicity, due to conservation of angular momentum. However, spin-orbit coupling relaxes this restriction and a radiative transition from the T1 to the S1 becomes possible. Since it is ‘forbidden’ the photoluminescence that results from the T1 to S0 transition occurs on a much slower timescale, microseconds to thousands of seconds, and is called phosphorescence.

It should also be noted that the emission from some materials does not always neatly fall into one category or the other. An example of this is thermally activated delayed fluorescence (TADF). In TADF the S1 and T1 levels are close in energy and strongly coupled, and reverse ISC from the T1 to the S1 is therefore possible. This gives rise to a delayed S1 to S0 transition which results in photoluminescence at a timescale between fluorescence and phosphorescence, known as delayed fluorescence.  For more information on TADF and its use in high efficiency OLEDs, read the post on ‘What is TADF?’.

When to describe emission as photoluminescence versus fluorescence/phosphorescence is ultimately down to personal preference. Chemists and biologists, who primarily study molecular systems, favour the use of fluorescence and phosphorescence since in these highly localised molecular systems there are distinct singlet and triplet states. In contrast; physicists predominately study semiconducting materials where the electrons are highly delocalised and the concept of singlet and triplet frequently ceases to be relevant. This is one of the reasons why physicists tend to use the broader term photoluminescence to describe light emission.

Whatever you decide to call it; photoluminescence, fluorescence and phosphorescence can provide a wealth of information on the properties of molecules and materials; ranging from the determination of charge carrier lifetime in solar cells to measuring the solvation dynamics around micelles in living cells.

To measure fluorescence and phosphorescence a spectrometer is required and Edinburgh Instruments offers a range of single photon counting photoluminescence spectrometers to measure photoluminescence spectra, lifetimes, anisotropy and quantum yields of your samples. To find out how we can help you with your research requirements, please contact us.

If you have enjoyed reading this article about fluorescence and phosphorescence, and would like to be the first to see all the latest news, applications, and product information from Edinburgh Instruments, then sign-up to our infrequent newsletter via the red sign-up button below, and follow us on social media.