Prof. Chen’s research area involves the development of new, more efficient quantum dot light emitting diodes (QDLED). QDLEDs are a promising LED technology for next generation displays due to their attractive optoelectronic properties and solution processability. In order to further improve the efficiency and stability of QDLEDs, the operating and ageing mechanisms in QDLEDs need to be better understood. QDLEDs have previously been observed to exhibit a phenomena known as positive ageing, where the efficiency of the QDLED increases over a period of time after it has been fabricated.2 In this paper Prof. Chen’s team investigated the origin of this positive ageing mechanism with the aid of photoluminescence spectroscopy using an FS5 Spectrofluorometer equipped with an integrating sphere and TCSPC electronics.

They found that the positive ageing behaviour depended on the choice of metal for the cathode, with aluminium (Al) cathodes exhibiting the greatest positive ageing response. Using X-Ray Photoelectron Spectroscopy they showed that during QDLED ageing, a layer of AlOx formed between the Al cathode and the ZnMgO electron transport layer. Through current voltage characterisation they demonstrated that this AlOx layer improves electron injection into the QDLED which is one of the mechanisms responsible for the efficiency enhancement during positive ageing. In addition, they hypothesised that the AlOx layer may also supress exciton quenching during QDLED operation. To investigate this hypothesis they used an Edinburgh Instruments FS5 Spectrofluorometer to measure the steady state and time-resolved photoluminescence from the QDLEDs. 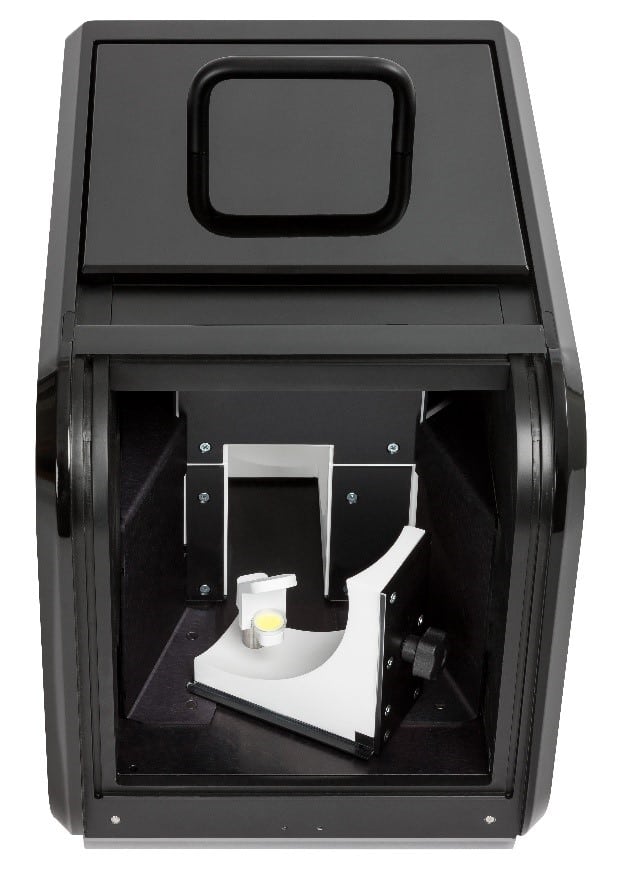 The mechanism proposed for this enhancement by Prof. Chen’s team is illustrated in Figure 2d. In fresh QDLEDs, electrons migrate from the Al cathode and become trapped in the ZnMgO layer and these trapped electrons can quench the excitons inside the QDLED and reduce the radiative efficiency. In aged QDLEDs an AlOx interfacial layer is formed which blocks the migration and trapping of the electrons. The reduction in trapped electrons supresses the exciton quenching, resulting in an enhancement to the radiative efficiency and improved QDLED performance.

For further information about our range of fluorescence spectroscopy instrumentation and to find out how we can help you, please contact us. We’d be delighted to help.