Transition metal dichalcogenides (TMDs) are a class of 2D materials which have unique optical and electronic properties. They are semiconductors with the chemical structure MX2 where M is a transition metal and X a chalcogen, Figure 1. After the isolation of graphene layers, research into alternative 2D layered materials which offer the same, or better, properties has surged. 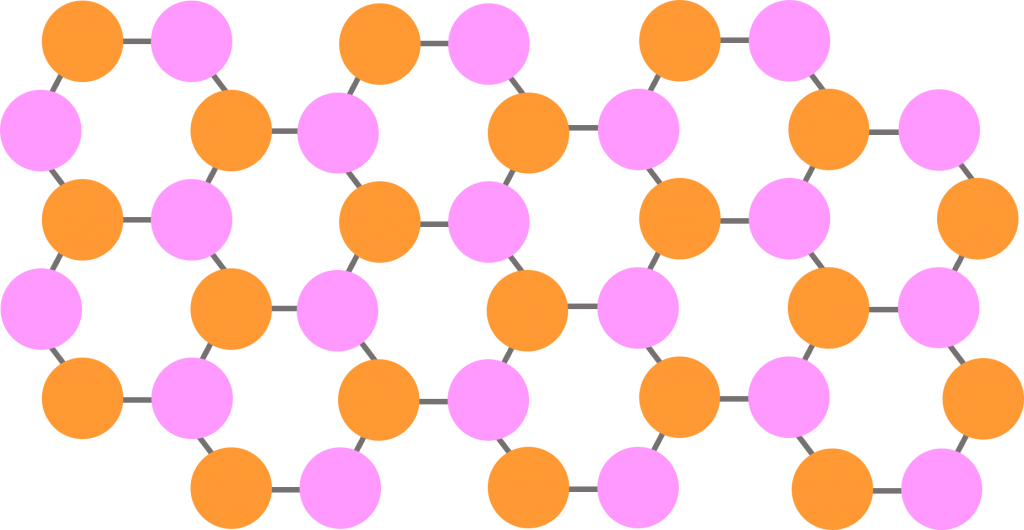 Bulk MoS2 has an indirect band gap, while in monolayer form the band gap becomes direct. The direct band gap is formed due to the removal of interlayer interactions meaning electrons are confined to a single plane. Mechanically MoS­2 monolayers are highly flexible, they have a higher breaking strength than commonly used flexible plastics, and stiffness comparable to steel.1

The applications of MoS2 are numerous and wide-ranging, with interest from fields such as optoelectronics, water treatment, solar energy, and biomedicine. For the material to perform at its highest capability it must be defect free. Defects, stress, and strain can significantly influence the properties of the material. For example, removing defects responsible for non-radiative recombination allows photoluminescence quantum yields of over 95% to be realised.2 Correlative Raman and photoluminescence (PL) imaging can be used to provide highly detailed sample information without any sample preparation or damage.

Using a confocal Raman microscope both Raman and PL maps can be obtained on the same sample area. In this Application Note, CVD-grown MoS2 flakes are analysed using Raman and PL imaging with the RM5 Raman Microscope.

An Edinburgh Instruments RM5 Raman Microscope equipped with a 532 nm laser and two gratings; 300 gr/mm for PL and 1800 gr/mm for Raman, was used to analyse MoS2 flakes. The MoS2 flakes were Chemical Vapor Deposition (CVD) grown on sapphire, Figure 2. 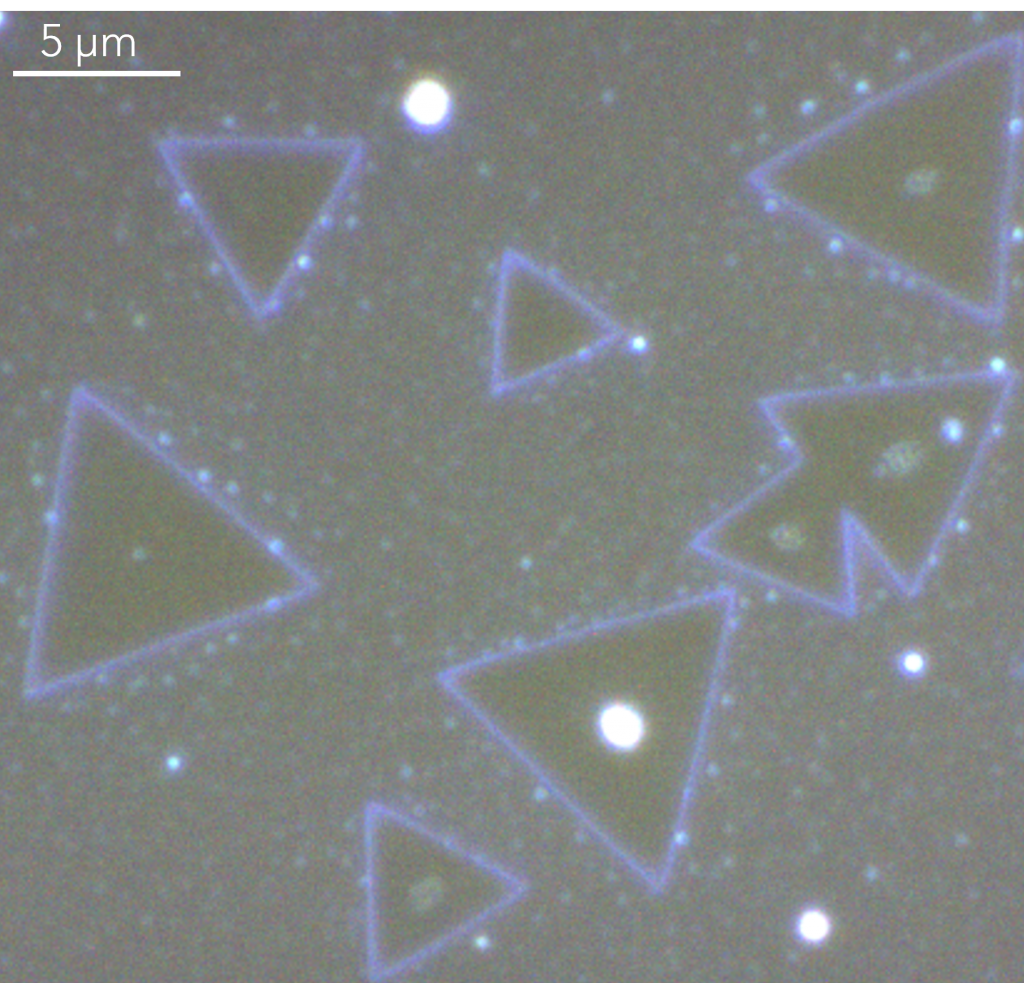 The sample exhibits a strong Raman and PL response allowing short exposure times on the CCD camera to be used to obtain high quality spectra. During mapping When exposure times of < 0.5 seconds can be used, Fast Mapping is employed to greatly reduce mapping times. For Raman imaging an exposure time of 0.03 s was used, since PL was more intense 0.01 s exposure times could be used.

The splitting between the two bands was plotted, Figure 5(i). Compared to bulk MoS2 the E2g band is red shifted as the crystal becomes monolayer, this shift is due to Coulomb interactions between Mo atoms which are enhanced with increased layers.3 The A1g band is blue shifted as the MoS2 becomes monolayer, resulting in the centre of the triangles exhibiting an increased splitting value.

The E2g band is particularly sensitive to strain in the sample, when under strain the band is red shifted revealing the two bottom crystals highlighted in the white box are under more strain than the others, Figure 6. Raman mapping reveals these samples contain both monolayer and multilayer MoS2­ whilst showing some strain.

Excitation using a 532 nm laser offers both Raman and PL signal meaning the two phenomena can be seen in a single spectrum, therefore it is technically possible to perform the two techniques simultaneously. However, to obtain the best quality spectra different gratings are used for the two measurement types. For PL imaging a low groove density grating is used to obtain the broad PL peak. The intensity of the PL band decreases with increasing layer number and bulk MoS2 produces no PL signal at all. This effect is due to the indirect to direct band gap transition which occurs as we go from bulk MoS2 to few-layer MoS2. The Raman and PL intensity maps should therefore be opposites of one another when comparing areas of monolayer and multilayer MoS2 which can be observed in Figure 7.

Figure 7: (i) PL intensity map of MoS2 crystals. (ii) PL spectra from an area of high and low intensity.

The PL peak is also sensitive to strain, doping, and defects, its position was plotted in Figure 8. The peak position is indicative of strain in the sample, corresponding with the E2g band from Raman imaging the bottom two crystals reveal strain. Additionally, PL mapping reveals some strain in the two crystals which appear to be growing into each other, highlighted in the white box.

PL mapping offers agreement with the Raman data showing this sample has been well grown as largely monolayer crystals with little strain present.

This application note demonstrates how the RM5 Raman Microscope can provide high resolution imaging of 2D transition metal dichalcogenides. Raman and PL imaging can be used correlatively to gain detailed information on the sample’s layers, as well as indicating strain, defects, and doping.

If you have enjoyed this application note and would like to be the first to hear the latest product news from Edinburgh Instruments, be sure to sign up to our eNewsletter and follow us on social media using the links below.