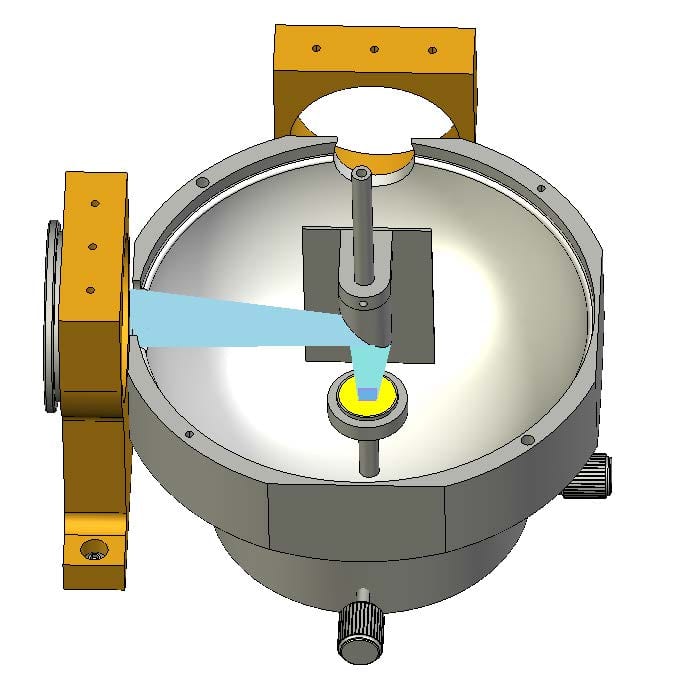 Measurements of the Spectral Reflectance and Spectral Absorbance

A difficulty arises from the fact that signal intensities must be limited to approximately 2 million counts per second to avoid count rate saturation. The user must ensure that this level is not exceeded at any point of the spectrum. As the higher signal is that of the BaSO4 reference sample, tests should be carried out using this reference material to correctly set up the spectral band width of both monochromators as a means to control the overall signal intensity. Typical values are 10 nm spectral band width in the excitation channel and 0.2 nm in the emission channel.

These emission scans were made with a wide spectral band width for excitation (10 nm) and a rather narrow spectral bandwidth in the emission (0.2 nm). This has two reasons: 1.) The scattered light spikes need to be “over-sampled”, i.e measurements require a large number of closely spaced data points, so that the areas of the comparatively narrow spikes can be correctly calculated. 2.) The narrow emission band width is a means to control the level of signal intensity in order to avoid detector saturation.