Spectrometer | What is a Specrometer? | Edinburgh Instruments Blog
Menu

In the broadest sense a spectrometer is any instrument that is used to measure the variation of a physical characteristic over a given range; i.e. a spectrum. This could be a mass-to-charge ratio spectrum in the case of a mass spectrometer, the variation of nuclear resonant frequencies in an NMR spectrometer or the change in the absorption and emission of light with wavelength in an optical spectrometer.

How does an Optical Spectrometer work?

Figure 2: Dispersion of light into its constituent wavelengths by a diffraction grating.

For detecting the light emitted by a sample there are two approaches. The first is an emission monochromator which works using the same principle as above except the light source is the emission from a sample and the monochromator selects which wavelength of light reaches the detector (Figure 3 Emission Monochromator).  The second approach is to detect the spectrum of the dispersed light ‘all at once’ using an array detector (such as a CCD camera) which is called a spectrograph (Figure 3 Spectrograph). At least one emission monochromator or spectrograph is found in all spectrofluorometers and Raman spectrometers (see following sections). 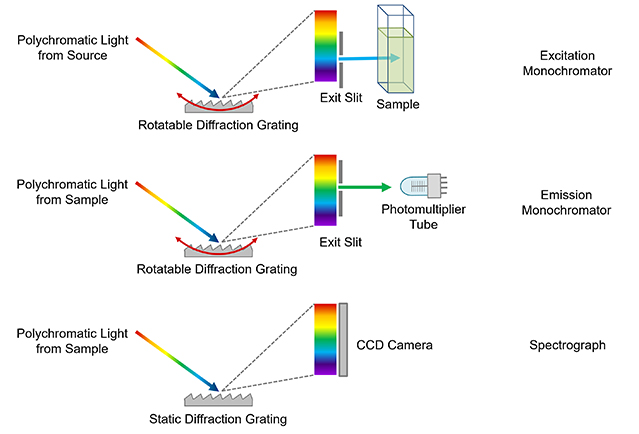 Figure 3: The basic operating principle behind monochromators and spectrographs. It should be noted that these images are highly simplified for illustration. For example the monochromators used in the Edinburgh Instruments FS5 and FLS1000 are a more complicated Czerny-Turner design which have two slits and two ellipsoidal mirrors for superior performance but the principle remains the same.

Now that the key component of a spectrometer has been identified, the different types of spectrometer, their role, and basic design can be discussed.  Three of the most common optical spectrometers: spectrophotometers, spectrofluorometers and Raman spectrometers are introduced.

The term spectrophotometer can refer to quite a variety of instruments that measure light, with the exact definition depending on the area of science or industry. In all cases the term ‘photo’ is used to indicate that the spectrometer is for the quantitative measurement of light intensity with wavelength. Within academic research (particularly chemistry and biology laboratories) the term spectrophotometer is used specifically to refer to a spectrometer which measures the absorption of light by a sample and that definition will be used here.

A stylised layout of a basic single beam spectrophotometer is shown in Figure 4. It comprises a white light source which is usually either a combination of a deuterium arc lamp to cover the UV range and a tungsten halogen lamp to cover the visible; or a single Xenon arc lamp to cover the entire range. This is followed by an excitation monochromator which selects the wavelength of light that reaches the sample. This light is then either transmitted through the sample (as shown in Figure 4) for transparent samples such as solutions or reflected off the surface for opaque samples. The intensity of the transmitted or reflected light is then monitored using a detector which is typically a photomultiplier tube or silicon photodiode.

The most common measurement undertaken in a spectrophotometer is measuring the absorption spectrum of a sample. The excitation monochromator is scanned and the change in light intensity transmitted through the sample recorded on the detector. This is then repeated with a reference sample and the absorption spectrum calculated as shown in Figure 5 for a solution of fluorescein in phosphate buffered saline. 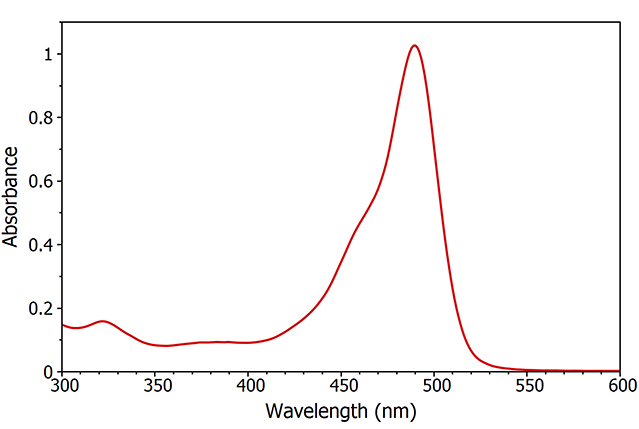 Figure 8: Simplified diagram of a spectrofluorometer. 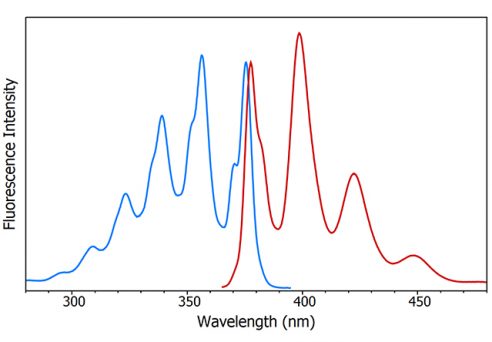 Raman spectrometers are used to measure the Raman scattering of light from a sample. The design of a typical Raman spectrometer is shown in Figure 10 and is similar to a spectrofluorometer but with a few key differences. The white light source and excitation monochromator found in spectrofluorometers are replaced with a laser. The reason for this is twofold. The first is that ‘Raman’ is a scattering effect and the light is therefore not absorbed by the sample. This means that a broadband tuneable light source for matching to the absorption features is not required.  The second reason is that the Raman effect is much weaker than fluorescence (ratio of Rayleigh scattered light to Raman scattered light is ~105) and sources with a high photon flux are therefore essential to maximise the signal.

The laser light is scattered off the sample and passed through a notch filter to remove the much more intense Rayleigh scattered component. The remaining Raman scattered light is then passed into a spectrograph and captured using a CCD detector to give a Raman spectrum.

We hope this article has provided an introduction to the most commonly encountered optical spectrometers and the type of measurements that they can produce. For more advanced information on fluorescence spectroscopy and spectrometers why not read our blog or explore our range of fluorescence and transient absorption spectrometers.

If you have enjoyed reading this blog post, and want to be the first to see all the latest news, applications and product information, then sign-up to our infrequent newsletter via the red sign-up button below and join us on social media.