Oops! We could not locate your form.

In a Raman microscope, scattered laser light from the sample is analysed, resulting in a Raman spectra which is unique to every molecule and reveals a variety of chemical and physical information about the sample with a high spatial resolution, in the order of nanometres. 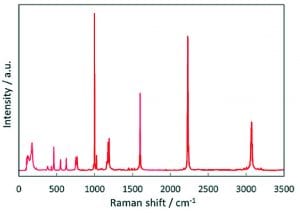 Raman Spectroscopy can be used in the following applications: