VIEW ALL PRODUCTS
Blog Excitation Correction in a Fluorescence Spectrometer

The spectral output of the xenon arc lamp is a 6000 K blackbody spectrum with additional pronounced spikes due to the atomic transitions of xenon. This light is then wavelength selected inside the excitation monochromator which will introduce additional wavelength variation due to the wavelength dependent efficiency of the diffraction gratings and optics. The spectral profile of the excitation light immediately after the monochromator is shown in Figure 1. 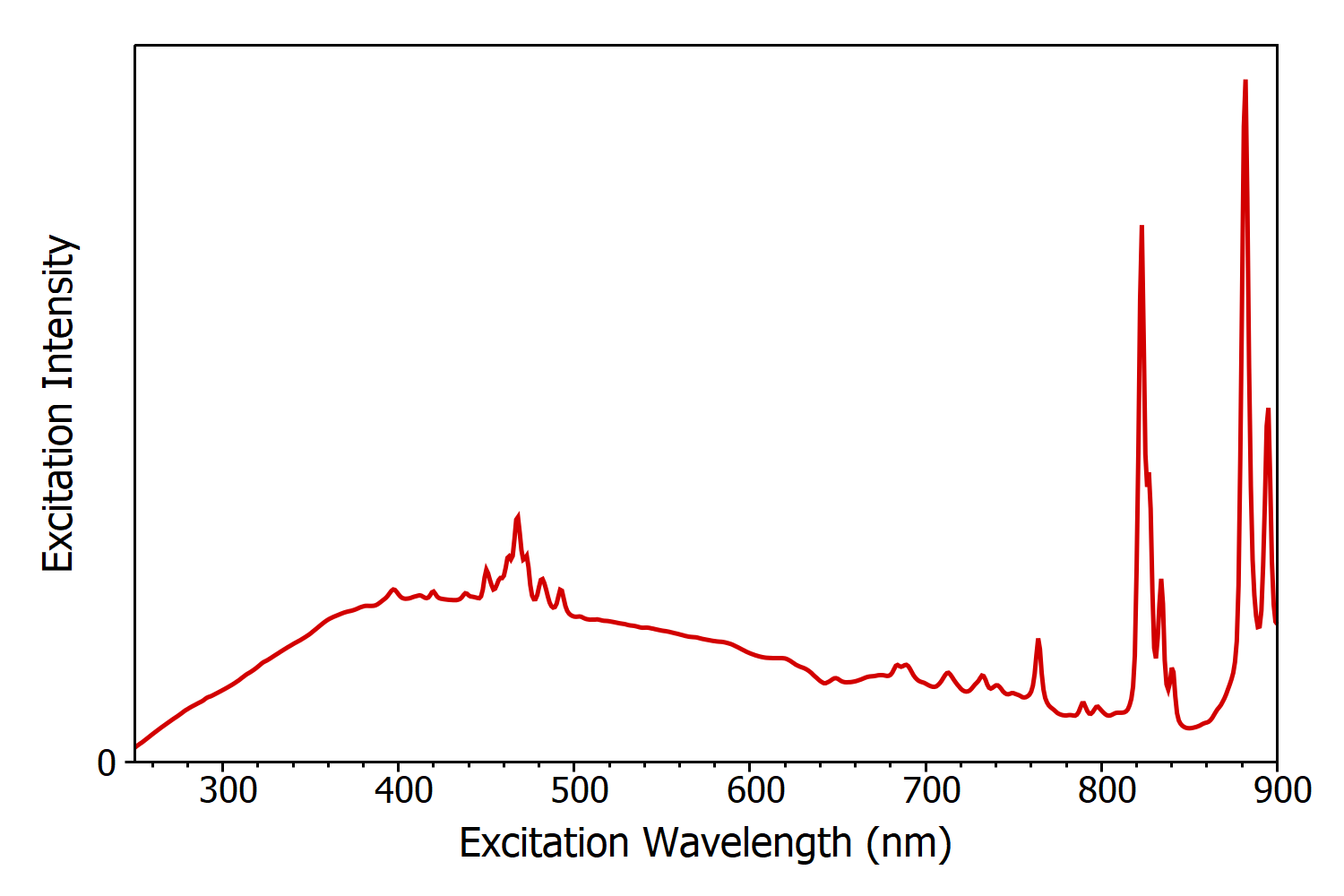 If this variation in intensity with wavelength is not accounted for then a fluorescence excitation spectrum will be a convolution of the changes in sample absorbance and the spectral profile of the excitation light.  To account for this variation, Edinburgh Instruments spectrometers incorporate a  silicon reference detector located just after the excitation monochromator and before the sample. A small fraction of the incoming excitation light is tapped off and the intensity monitored using the reference detector. 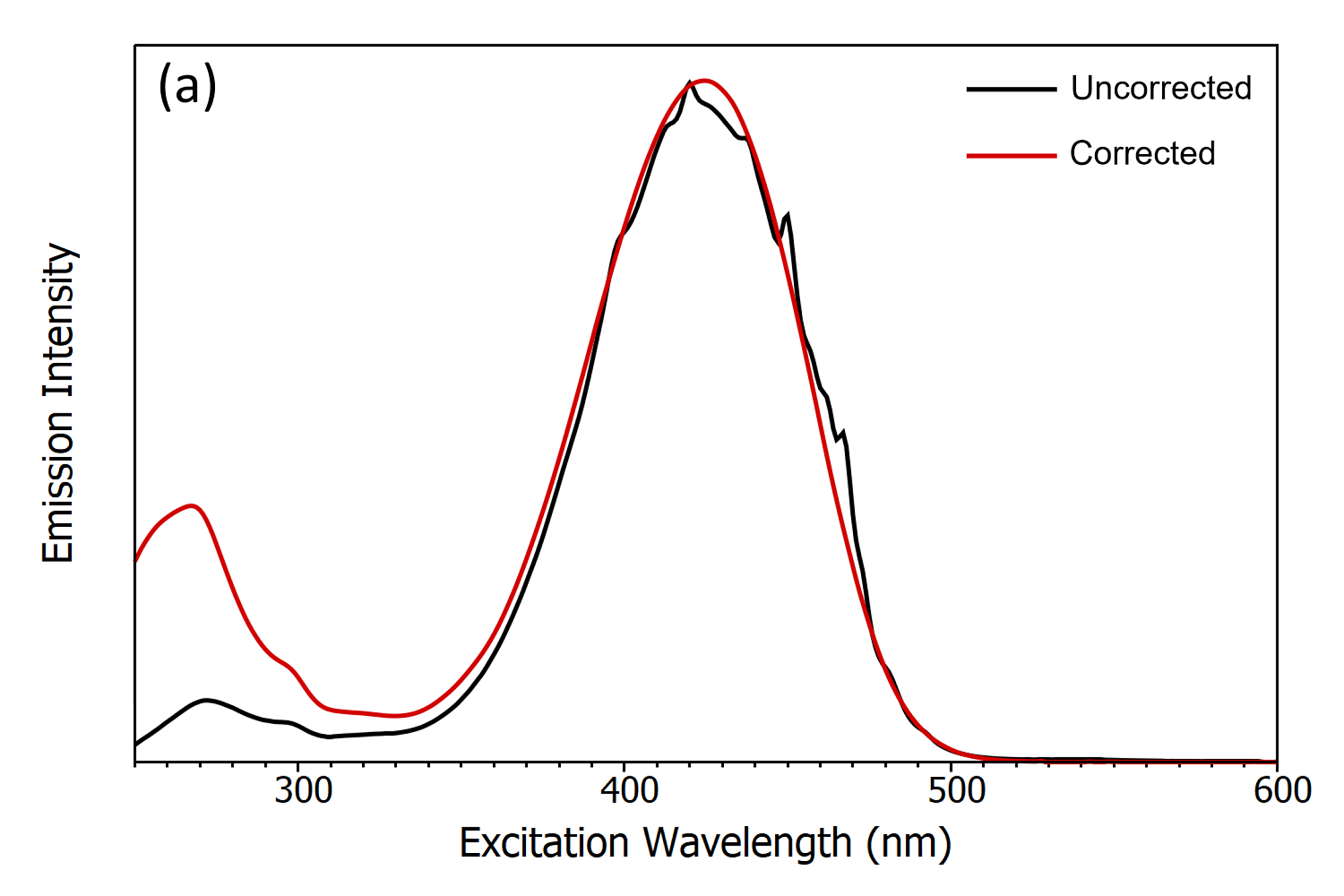 Figure 2: (a) Fluorescence excitation spectrum of Coumarin 153 with and without excitation correction. (b) The excitation intensity measured using the reference detector. 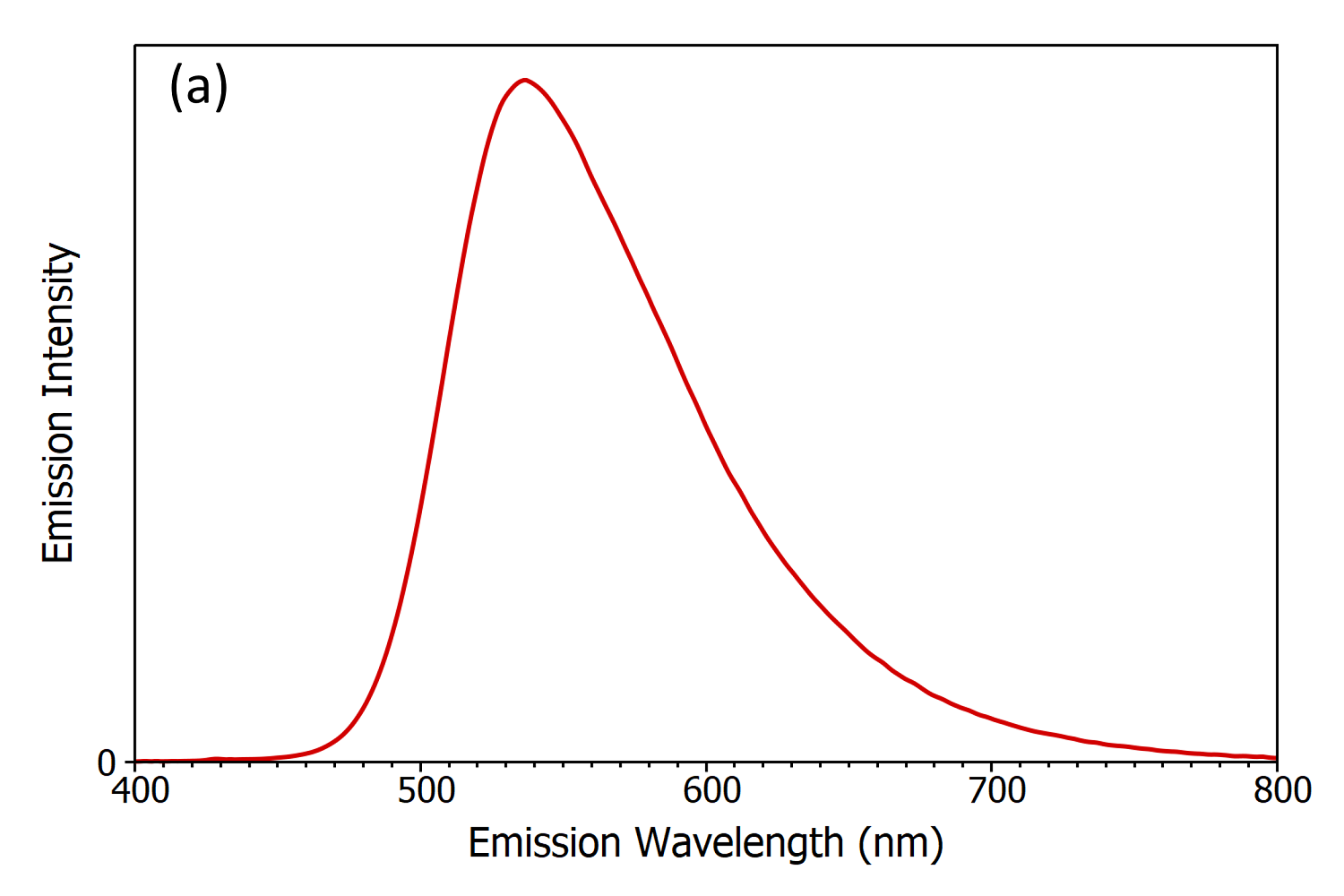 For more information on the theory and operation of fluorescence spectrometers, check out the frequency asked questions section on our blog.

If you have enjoyed this article, please sign-up to our monthly newsletter and join us on social media to be the first to hear about our latest news and applications. Or to get in touch with a member of our team, please do not hesitate to contact us – we look forward to hearing from you.