The principle of TCSPC is the detection of single photons and the measurement of their arrival times in respect to a reference signal, usually the light source. TCSPC is a statistical method requiring a high repetitive light source to accumulate a sufficient number of photon events for a required statistical data precision.

TCSPC electronics can be compared to a fast stopwatch with two inputs (fig 1). The clock is started by the START signal pulse and stopped by the STOP signal pulse. The time measured for one START – STOP sequence will be represented by an increase of a memory value in a histogram, in which the channels on the x-axis represent time. With a high repetition rate light source millions of START – STOP sequences can be measured in a short time. The resulting histogram counts versus channels will represent the fluorescence intensity versus time.

Generally, one of the inputs to the TCSPC electronics (either START and STOP) will be a pulse generated by a single photon. Single photons can be detected by photodetectors with intrinsically high gain. The majority of those photodetectors are photomultipliers or micro-channel plate photomultipliers, but also single photon avalanche photodiodes. For statistical reasons it is important to ensure no more than one single photon event per light flash is detected. Multi-photon events will affect the histogram statistics and will yield to erroneous measurement results. (This is known in literature as the “pulse pile-up problem”.) In order to ensure that only one photon per
light flash is detected the photon rate is kept low in comparison to the rate of the exciting lamp; usually 5% or lower.

Figure 2: The main components for signal processing in TCSPC.

At the input of the electronics, incoming pulses are evaluated with respect to pulse height. Only pulses higher than a given threshold will be accepted for further signal processing. Thus small amplitude noise pulses are readily eliminated.

The constant fraction discriminators on both the START and the STOP input then analyse the pulse shape of the individual pulses. The portion of the incoming (generally negative) pulses with the steepest slope on the leading edge is taken as a criteria for the temporal position. Which portion of the slope is taken will depend on the fraction, the constant fraction delay (or shaping delay), and the zero crossing level.

Threshold, fraction, constant fraction delay, and zero crossing level will depend on the type of detector used and need to be matched to the individual detector.

At the output of the CFD pulses are re-shaped to a standard height and shape. They then can be delayed by an electronic shifting delay. This delay will later result in a left or right shift of the entire measurement on the time axis.

The TAC is the fast clock, started by the START and stopped by the STOP pulse. The START pulse initiates the growth of a ramp signal. Depending on the arrival time of the STOP pulse the ramp will have a lower or higher height. Once the growth of the ramp has been stopped, the level will remain constant for a defined period. The TAC output pulse can then be amplified, thus effectively stretching the time axis. Minimum and maximum available (amplified) TAC amplitude determine the time range.

The amplified TAC output pulse is effectively an analogue pulse of a height corresponding to a measured time of a single START – STOP sequence. For further processing the pulse height will be measured by a digital pulse height measure devise, the ADC. The ADC resolution determines, how many discrete time values are possible. All possible measured TAC pulse amplitudes will therefore put into different time bins. The width of the time bin is the ratio of the full time range and the resolution of the ADC in channels. It is the time resolution, usually given in picoseconds / channel or nanoseconds / channel.

There are two different operating modes in TCSPC applications: In Forward Mode the pulse rate from the light source is connected to the START input. This rate (with generally equally spaced pulses in time) is substantially higher than the (more or less random) pulses from the detector connected to the STOP input. The advantage of the forward mode is that no shifting delay is required or that it is relatively small and that photon events with long retardation times are represented at the longer time scales, so that an additional inversion of the time scale is not required.

At high rates of the light source, however, the forward mode has a clear disadvantage. Because the vast majority of TAC circles will be started by the START pulse, but never stopped by a STOP signal, it needs to be reset at overflow. The electronics is kept busy more than 20 times the amount actually needed. For electronic circuits with an upper limit of operating circles per second (given by the dead time of the overall system) this means the highest count rate processed will be reduced by a factor more than 20. To avoid this (and to utilise the full
capability of signal process-ing) TCSPC electronics can be operated in reverse mode. This is where the signal cable carrying the high count rate from the light source is connected to the STOP input and the low rate is connected to START. The drawback is that the reference pulses from the light source need to be shifted by a long delay, so that they arrive at the input of the TAC later than the START pulses from the detector. A rule of thumb is that this delay is slightly longer than the time scale chosen for the measurement. In reverse mode the time axis of the memory histogram is internally reversed in order to see photon events with long retardation times demonstrated at the
right part of the time axis. 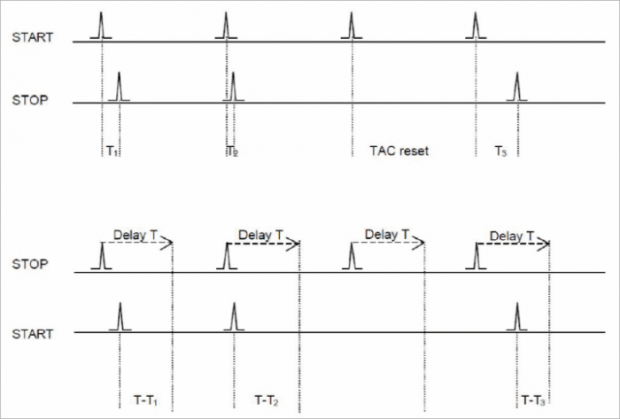 Figure 3: Forward (above) and reverse (below) modes of operation.

TCSPC can be used to measure lifetimes ranging from approx. 5ps to over 50ms (over 7 orders of magnitude). The lower limit is given by the jitter of the TCSPC electronics, while the upper limit arises from the time one can afford to acquire data with reasonable precision.

However, in most cases the light sources and detectors set the limit for temporal resolution and lifetime range measurable, rather than the TCSPC technique.

The lower limit of the lifetime range (or temporal resolution, tmin) can be estimated with the following equation:

The upper limit of the lifetime range will be set by the pulse repetition frequency of the exciting light source, but it will also be affected by the dark count rate of the detector. If the fluorescence does not have sufficient time to decay down to Zero before the next excitation pulse hits the sample, then a stationary background signal will build up, thus limiting the dynamic range. If the decay process is allowed to continue until the signal is less than 1/10000 of the peak count, then the longest measurable lifetime (tmax)can be estimated as follows:

The problem is made more complex with detectors with high dark rate counts. A background will build up while the data is being acquired, which will limit the dynamic range. The higher the dark counts, the less accurate the measurements in the long time ranges (particularly with weak emitting samples). We advise a maximum dark count of 5% the frequency of the light source, e.g. an NIR-PMT with a typical dark count of 50,000 cps should be used with a light sources of > 1 MHz. Hence, the maximum lifetime with be 100 ns to allow the signal to degrade to 1/10,000. In practice the background will mask the end of the decay meaning that lifetimes up to a couple of hundred nanoseconds can be measured.

Edinburgh Instruments offers multiple solutions for the measurement of Time-Correlated Single Photon Counting, including our FLS1000 Photoluminescence Spectrometer, and our FS5 Spectrofluorometer. To learn more about these products, why not contact a member of our sales team at sales@edinst.com.

Stay up-to-date with the latest news, applications, and product information from Edinburgh Instruments by following us on social media, and by signing up to our infrequent newsletter via the red sign-up button below.