A long-standing customer of Edinburgh Instruments, Prof. Weinstein’s work concerns photo-induced charge and energy transfer reactions with applications in solar energy, bioimaging, and photodynamic therapy.  She takes a multidisciplinary approach to her research and has established many successful collaborations with scientists across the globe. 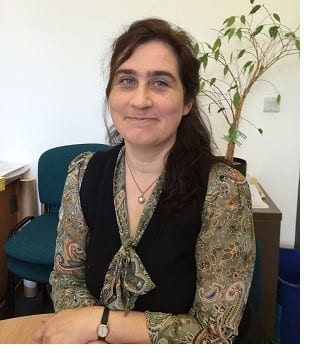 Prof. Weinstein obtained her PhD from Moscow Lomonosov State University in 1994 and subsequently held positions at MSU, and University of Nottingham; as well as visiting posts at Duke University and University of Amsterdam. She moved to the University of Sheffield in 2004, as a lecturer and an EPSRC Advanced Research Fellow, and was promoted to professor in 2016. She has co-authored over 100 publications and received prestigious awards such as the Lomonosov Award in Science (2003), John Van Geuns Lecture (2004), and the RSC Chemical Dynamics Award in 2017.

In this interview we catch up with Professor Weinstein to find out about her recent work and how fluorescence spectroscopy helps her achieve her goals.

1. Your research spans quite a broad range of disciplines and experimental techniques. Can you give us a summary of your activities? Which projects are you involved in at the moment?

There are 3 main directions of research that our group has been working on for many years.  The unifying theme, as you have said, is ultrafast photoinduced electron transfer – this is an absolutely fascinating process, which is behind a vast majority of light reactions, be it photosynthesis or light-activated therapies!

We use laser spectroscopy – transient absorption, time-resolved infrared, fluorescence upconversion, and time-resolved resonance Raman – to try and “map” charge and energy transfer from femtoseconds to…as long as it takes for the process to finish, often into the millisecond domain.  That’s what’s fascinating about the research in photosciences – that it has so many avenues, opens up so many collaborations, and there is always the drive to go to ever faster timescales!

The first direction of research is fundamental studies of electron and energy transfer in condensed phase – we are investigating the role of vibronic coupling in those processes. Together with our collaborators from the Laser for Science Facility at the STFC, we recently came across a fascinating effect of “IR-control” of electron transfer – whereby introducing an additional infrared pulse in the course of chemical transformation can alter the outcome of this process.

We are also interested in developing new catalysts for solar fuel applications – such as light-driven reduction of CO2, or photocatytic water oxidation.

The 3rd direction is exploring “light in biosciences” – there, we use transition metal complexes as long-lived, remarkably photostable probes in emission imaging in live cells, in collaboration with Gareth Williams from Durham, Stan Botchway from STFC, and John Haycock from the University of Sheffield; and finally….we are working on developing some of the metal complexes as drugs for photodynamic therapy in collaboration with Dr Helen Bryant from the University of Sheffield Medical School.

2. Luminescent transition metal complexes are often featured in your work. Why are they interesting?

Transition metal complexes have several unique properties which set them apart from organic fluorophores. Firstly, it is comparatively easy to tune the absorption and emission “color” – metal centers and ligands can be combined in an almost combinatorial fashion, and tuning the periphery of the ligands can change the energies of the frontier orbitals slightly, without changing dramatically the nature of the emissive states.

Secondly, emission in metal complexes usually occurs from a triplet state, and consequently is relatively long-lived – hundreds of nanoseconds to microseconds – orders of magnitude longer than fluorescence of organic molecules. (A heavy atom induces spin-orbit coupling, leading to an ultrafast intersystem crossing from an initially populated singlet state to a triplet state which occurs with a near 100% efficiency). The long lifetime means that emission of TMC could be orders of magnitude more sensitive to analytes, such as oxygen or metal ions – an important advantage if one is trying to map concentrations of such species in live cells, or is “hunting” trace amounts of pollutants. Because light absorption is usually associated with a S0-S1 transition, the absorption maximum can differ from the emission maximum (T1-S0 transition) by a 100 nm or more. This feature enables many imaging applications, by allowing excitation in one spectral region and detection in another, increasing sensitivity.

They are modular, beautifully emissive compounds with easily tuneable properties!

3. How have our photoluminescence spectrometers helped with your research? 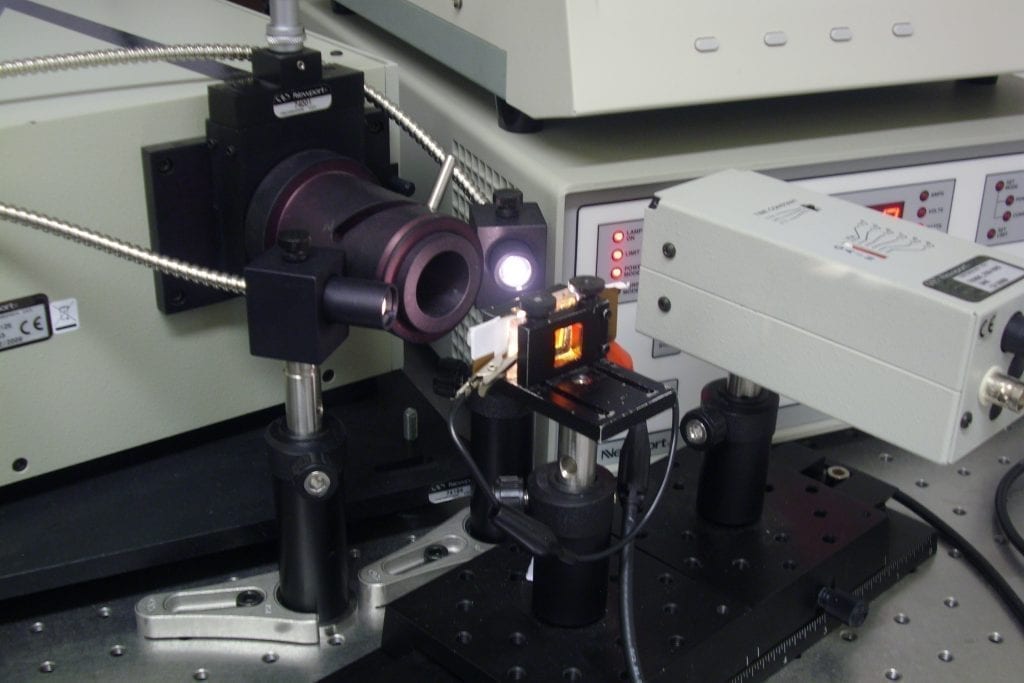 Every excited state can potentially have a luminescence decay pathway – so emission spectrometers, steady-state and time-resolved, are one of the primary tools that we are using!

Our most used “work-horse” is a Mini-tau – a powerful instrument to measure emission lifetimes from about a nanosecond into tens of microseconds.  We use it for diverse energy transfer studies where decrease of the lifetime can be used as a measure of energy/electro transfer, and also as the means to help establishing the nature of the excited states that we are dealing with – is it fluorescence or phosphorescence (which is usually in the nano-to-micro-seconds range for transition metal complexes).

A lot of our research is done with ultrafast lasers, such as femtosecond transient infrared spectroscopy, two-photon emission imaging, or ultrafast fluorescence upconversion. But it is really important to have a reliable “plug-and-play” equipment – and Mini-tau gives us just that.

For further reading on Prof. Weinstein’s work, below is a list of some of her recent publications;

Prof. Weinstein and her team at the University of Sheffield rely heavily on our Mini-tau Fluorescence Lifetime Spectrometer for a their research on diverse energy transfers. The Mini-tau is the ultra-compact, affordable solution for time-resolved anisotropy research, quality assurance, or teaching applications, and measures lifetimes ranging from 25 ps to 50 µs. To learn more about our Mini-tau, or any of our other fluorescence instrumentation, contact our sales team at sales@edinst.com.