Techcomp (Europe) Ltd has appointed Dr Roger Fenske as the new CEO of Edinburgh Instruments.  Roger has worked for EI for over 14 years and brings a wealth of customer application and technology experience to the role.

Since Techcomp acquired EI in 2013, the business has launched several new products, including the FS5 Spectrofluorometer, and expanded into new manufacturing facilities at their Livingston site.

Roger replaces the outgoing CEO Mark Vosloo who led the re-organisation of the operations following the acquisition.

Techcomp Europe CEO Chris O’Connor commented on the appointment, “Roger is well known in the Fluorescence world as a regular guest speaker at international scientific conferences and training seminars.  During his successful career with EI, he has personally installed more than 240 systems for leading research institutes in over 30 countries.  I am delighted that he now takes the lead role in this business and will oversee an exciting period of new technology and product innovation.  I would also like to thank Mark for his valuable contribution during an important transition period”.

Roger added, “EI has an unrivalled position in TCSPC Fluorescence and laser research.  Following a sustained period of investment from Techcomp, I am excited to be taking over as CEO to oversee a busy period of new product introduction and further expansion”. 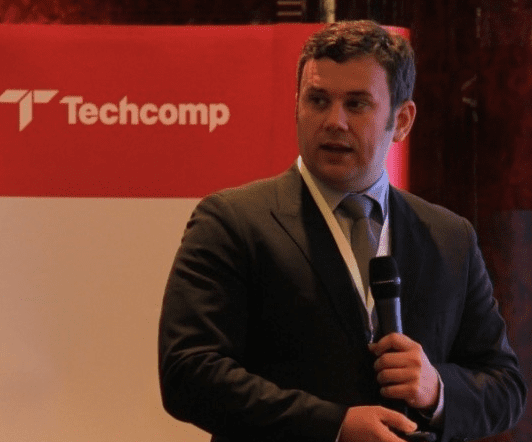