Once again, we are delighted to be sponsoring the Duke University Lectureship on September 16th. Hosted by Dr. Michael Therien, Professor of Chemistry at Duke University, this annual event invites leading industry experts to discuss the prominent research which they have been involved in. This talk will be given by Professor Josef Michl who will be focusing on the topic of “Synthesis of Porphene, an Antiaromatic Analog of Graphene”. 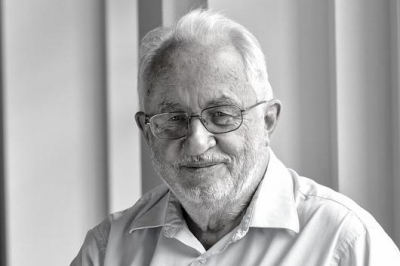 Prof. Michl was editor of the ACS journal Chemical Reviews from 1984 to 2014. He is co-author of five textbooks on Photochemistry and Polarization spectroscopy, is author of more than 570 scientific publications and holds 11 patents.

Two-dimensional organic materials offer atomic precision for optoelectronics and energy-efficient nanoelectronics, but most are not easily patterned and tuned. The fully conjugated Zn-porphene, (C20N4Zn)∞ has now been prepared from Zn porphyrin by oxidative polymerization on aqueous surface and transferred to solid substrates. Its structure was established by imaging as well as in-situ and ex-situ spectroscopy. Reversible insertion of other metal ions is possible and promises an atomic canvas for painting with thousands of distinct metal ions and ligands without taking any π centers out of conjugation. Unlike earlier computational results, which predicted a P4mm (D4h) square unit cell and metallic conductivity, ours resemble those for antiaromatic molecules and predict Zn-porphene to be a two-dimensional antiaromatic semiconductor with a pair of P2mm (D2h) rectangular unit cells, rapidly interconverting via a P4mm (D4h) square structure by tunneling and/or thermal excitation. This result is supported by measurements of electrical conductivity and of N(1s) chemical shift in X-ray photoelectron spectra.

For further information on the event or to arrange an appointment to meet with a member of our team contact us at ussales@edinst.com.